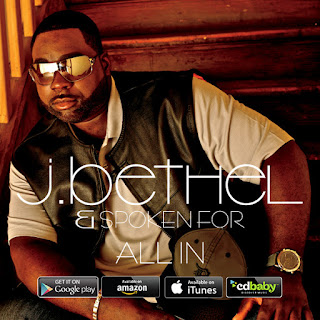 (Detroit, MI) – J. Bethel has been surrounded by music his entire life.  With a father as a songwriter and an uncle who played with Parliament Funkadelic, Jason was bitten by the music bug at an early age.  Watching the legendary drummer Marvin McQuitty play week after week at his church only enticed the young Jason even more.  Now an adult, that same amazement continues to capture the heart of Jason Bethel.  With his group Spoken For, the Detroit-bred singer and songwriter is promoting a brand new single, “You’re God”.  Just released, the groove-laden track about the attributes of God comes directly from the soul of the psalmist.

“’You’re God’ is about what God means to me,” shares J. Bethel.  “When I think of God, I just don’t think of Him as deity or divinity, I think of Him as father.  Whoever and whatever it is that I need Him to be, that’s what He is to me,” says Bethel.  The song, penned by the artist, is the first single from his upcoming sophomore CD.  Backing him is the vocally-talented ensemble, Spoken For.  Formed in 2013, the innovative and energetic group consists of singers Nikki Stephens, Cynthia Stansfield, LaToya Nakima Williams, Zshawntanique V. Starks, Phillip Pettigrew and Mike Daniels as MD.

Growing up in church as the son of a pastor, he was tapped as the church’s music director at the age of 12.  A keyboardist and songwriter, he penned songs for the praise and worship team with all of the church’s musical repertoire coming from the pen of Jason and his father.  As a college student, he attended Tiffin University where he assisted in forming the school’s first Gospel choir.  As a vocal jazz and choral major and a member of “Up In The Air”, he was honored to open up for artists like Dee Dee Bridgewater, Jennifer Holliday and Take 6.  As a musician and producer, he’s worked with artists like Gospel great Rance Allen and Sunday Best Winner Tasha Page-Lockhart and played behind Kierra “Kiki” Sheard.  As a recording artist, he made his debut with All In, a critically-acclaimed collection of original Gospel songs, in 2012.  Three singles were released from the project, “I Lift My Hands”, “Worthy Of All Myself” and “Just Another Day”.

An ordained minister, Bethel is the Minister of Music at Word of Life Christian Center in Detroit, MI where his father and mother, Pastors Gregory & Doreen Bethel, lead.  Connect with J. Bethel & Spoken For on Facebook and Twitter (@_JBETHEL).
at July 05, 2016
Email ThisBlogThis!Share to TwitterShare to FacebookShare to Pinterest

Download the December issue of the Gospel Updates eMagazine. 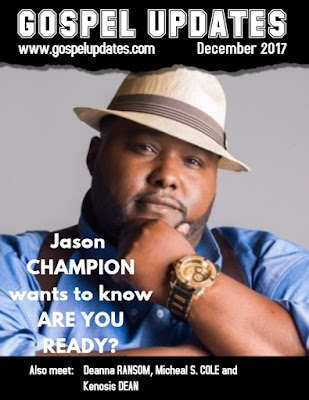